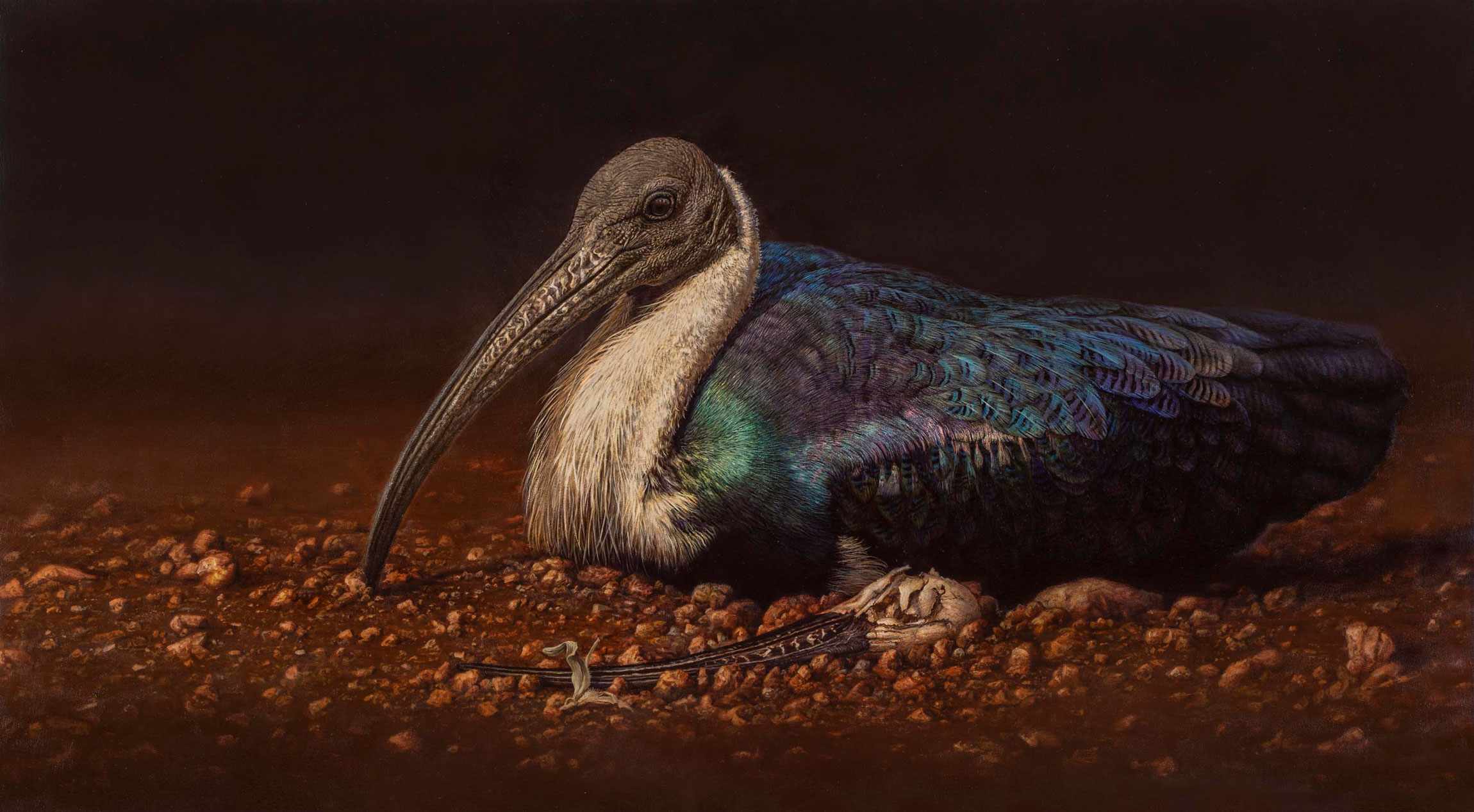 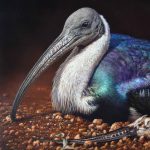 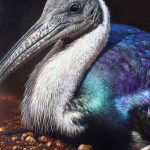 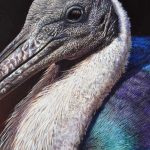 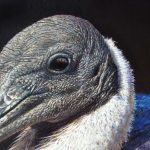 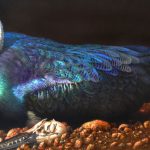 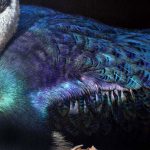 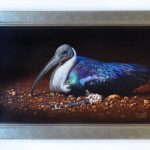 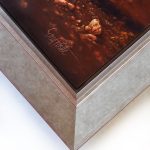 This incredible painting by Greg Postle holds the distinction of being the winner of the prestigious art award, The Holmes Prize for Excellence in Realistic Australian Bird Art.

Only 35 works of a very high standard were accepted as finalists from a large number of beautiful entries from all over Australia.

Greg has been painting full time since 1987 and enjoyed numerous sell-out solo exhibitions, many of which were at his former gallery, the beautiful Lasting Impressions Gallery at Kenilworth operated by respected art professional, Kaye Cathro. Greg’s work is now being managed by Tiffany Jones Fine Art Consultant, at Buderim.

Greg Postle has many devoted followers and admirers of his work, and his pieces have been featured in several successful solo exhibitions as well as in group exhibitions and specialist wildlife exhibitions all over Australia. His masterly technique is also internationally respected with pieces in several overseas collections. Additionally, his work was selected for the internationally acclaimed ‘Birds in Art’ exhibition at the Leigh Yawkey Woodson Art Museum in the USA – a prestigious honour.

Greg is renowned for his exquisite and immaculate hyper realistic technique. But there is an extra intangible quality in his work that elevates his pieces beyond mere visual accuracy and into a realm of mystery. His paintings are emotionally captivating. Greg pours enormous energy and thought into every piece he creates. This is perhaps why many believe he is a Master Artist.

If we look at this painting “Broken” we can see that Greg has offered another dimension beyond mere technical beauty and accurate representation. There’s an aura of pathos and power about the work, which has come from Greg’s sensitivity to the feelings of the bird, that have been so poignantly conveyed.

The indefinable emotive quality in Greg’s work is intriguing and makes us want to linger longer to admire his pieces. This stems from Greg’s deep love of and respect for nature.

Greg has lived in the East Kimberley the past five years and it has been an insightful time for him. His work has been enlivened and inspired by the cycle of life in the Kimberley.

Speaking about his art practice and this special painting, artist Greg Postle says:

“Living in the East Kimberley over the past 5 years has been an incredibly insightful time for me.

The cycle of life in this rugged natural environment is incredible! The forces of nature can be brutal to everything that lives here – the heat, storms, flooding, the dry, and then the fires – they certainly let you know that you are alive!!

For an artist like myself who depicts nature, this environment is mind blowing.

In “Broken” I had depicted the Straw Necked Ibis – one of the many magnificent characters I have grown to know since living here.

Ibis are often referred to as a “bin bird’, or scavenger, but I regard them as very clever opportunists.

I see the Ibis as bird with much wisdom and a hint of sadness in the eye. They always patiently look and study a situation before making a move. Also, they have a strong communal bond, always in groups when breeding, and when in flight and feeding.

In the painting “Broken” my aim is to spark some of the emotion felt when watching this species in the Kimberley.

The skull in the composition is possibly the remains of a mate? The earth is parched, and there is fire reflected in the bird’s eye. Fire here is a big part of the local landscape – it destroys much, but it also brings life. These days sadly it is very widespread and relentless, mostly referred to as “controlled burning”, or “arson” to some – a very debatable subject in these parts.

So “Broken” is really is a story about Beauty and the Beast – the challenge of survival, and devotion – I want the piece to be open to the viewer’s interpretation and to your own story.”

You can see “Broken” in person at the exhibition of works by the finalists of the Holmes Prize for Realistic Australian Bird Art, held in conjunction with the Friends of the Caloundra Regional Gallery from Wednesday 11th September until Sunday 13 October at Mary Cairncross Discovery Centre, Maleny. The official Gala Opening and prize ceremony will be held on Saturday 14 September from 2:30 pm. Bookings for the Opening are essential, via email: friendsofthegallerycaloundra@gmail.com. 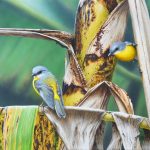 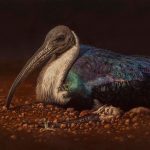 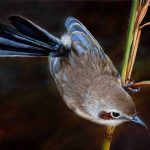 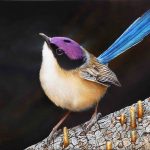 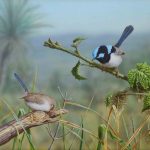