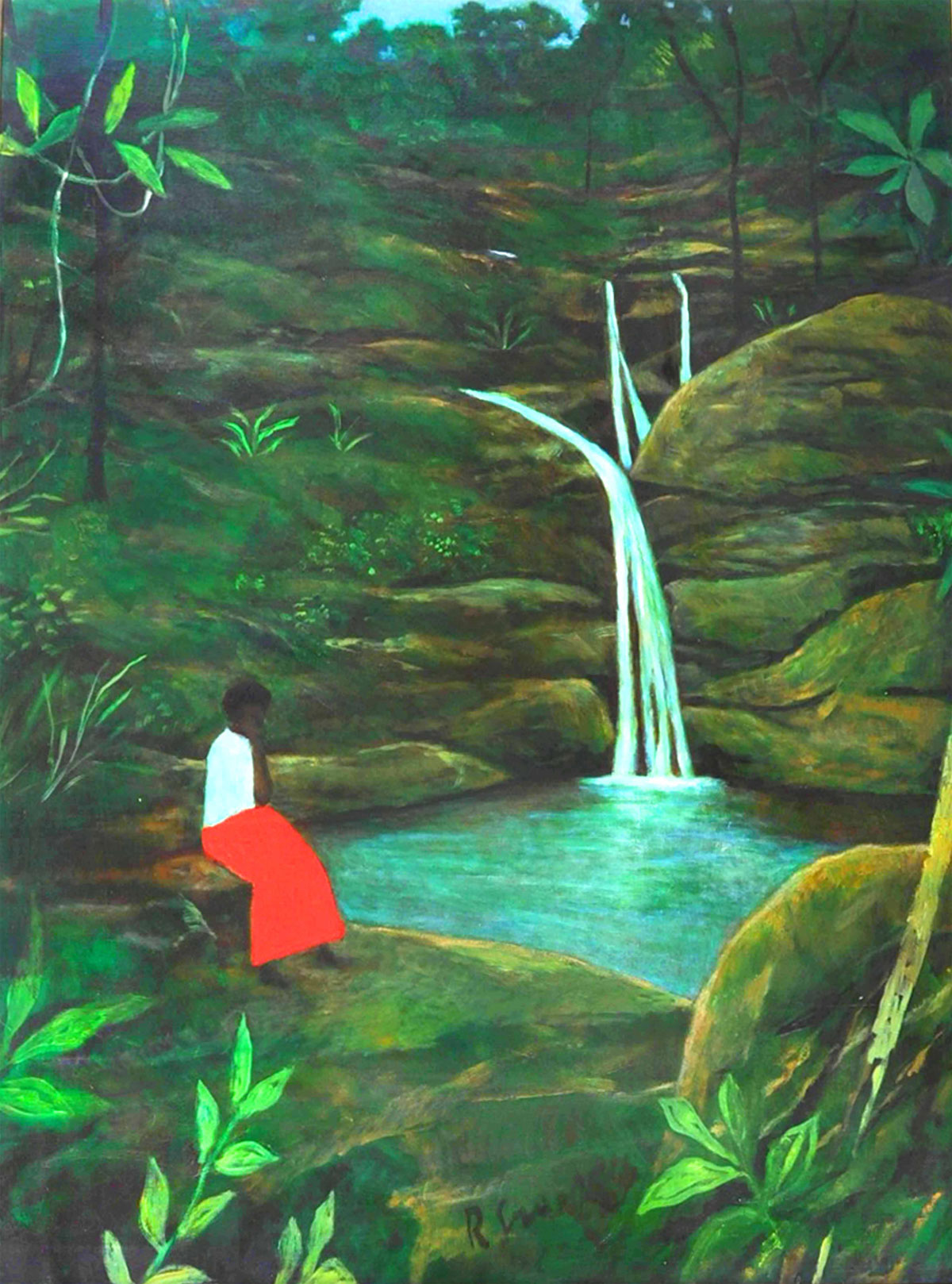 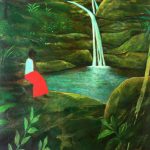 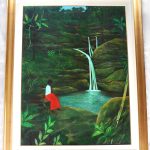 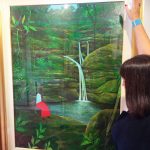 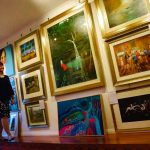 This beautiful waterfall is located on a former copra plantation “Namale” and was discovered by Crooke during one of his painting visits to Fiji.

Crooke spoke of discovering this amazing cascade and being so bewitched by it that he went back again with a local man to act as a model so he could do more sketches to capture its beauty from all angles:

I remember the Namale Plantation quite well, it’s just a rather small resort with a dozen or so bures where you stay … one of the trips was to this river or creek, and waterfall, from where they get their water supply … To get to it you have to walk quite a long distance up the gully of this creek, and its quite a dramatic view of this waterfall.

You walk through a grove of rain-trees, which in Fiji grow to an enormous size. They have a tremendous canopy and its rather like being in a forest in Europe – and then all of a sudden you come across this waterfall. We stayed here quite a while, and it made quite an impression on me, because I went back and took some studies, and took a Fijian with me and got him to sit around … I think after that I went looking for other waterfalls in Fiji, but the others were very disappointing.”

From the sketches and studies the Crooke made on site at the Namale waterfall, he completed this large master work at his art studio in Kuranda in north Queensland, and produced other oil paintings that depict the stunning waterfall from various angles, including a large sister painting that was held in the Suncorp Metway collection and featured as the front cover illustration of the book and exhibition catalogue “North of Capricorn, The Art of Ray Crooke”. The catalogue was published for Crooke’s touring retrospective exhibition that toured regional public art galleries in Queensland, and other venues in Brisbane, Campbelltown, Canberra and Victoria in 1997 and 1998.

In recent times, the Namale Plantation, has evolved into a five star resort, the Namale Resort & Spa which is owned by Tony Robbins, the famous motivational speaker and writer. The waterfall remains an inspiring place to visit at the resort, with much of the original rainforest on the property preserved.

It is very special to have this prestigious and important Australian painting on offer and view at my Buderim Art Studio and Gallery – don’t miss the opportunity to see it! 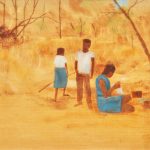 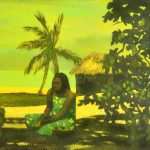 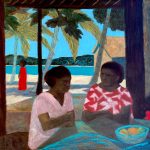 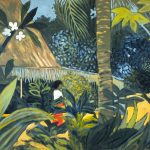 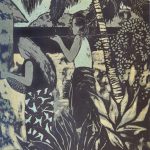 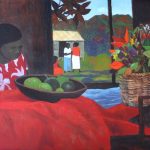 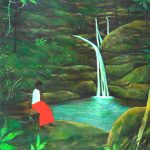