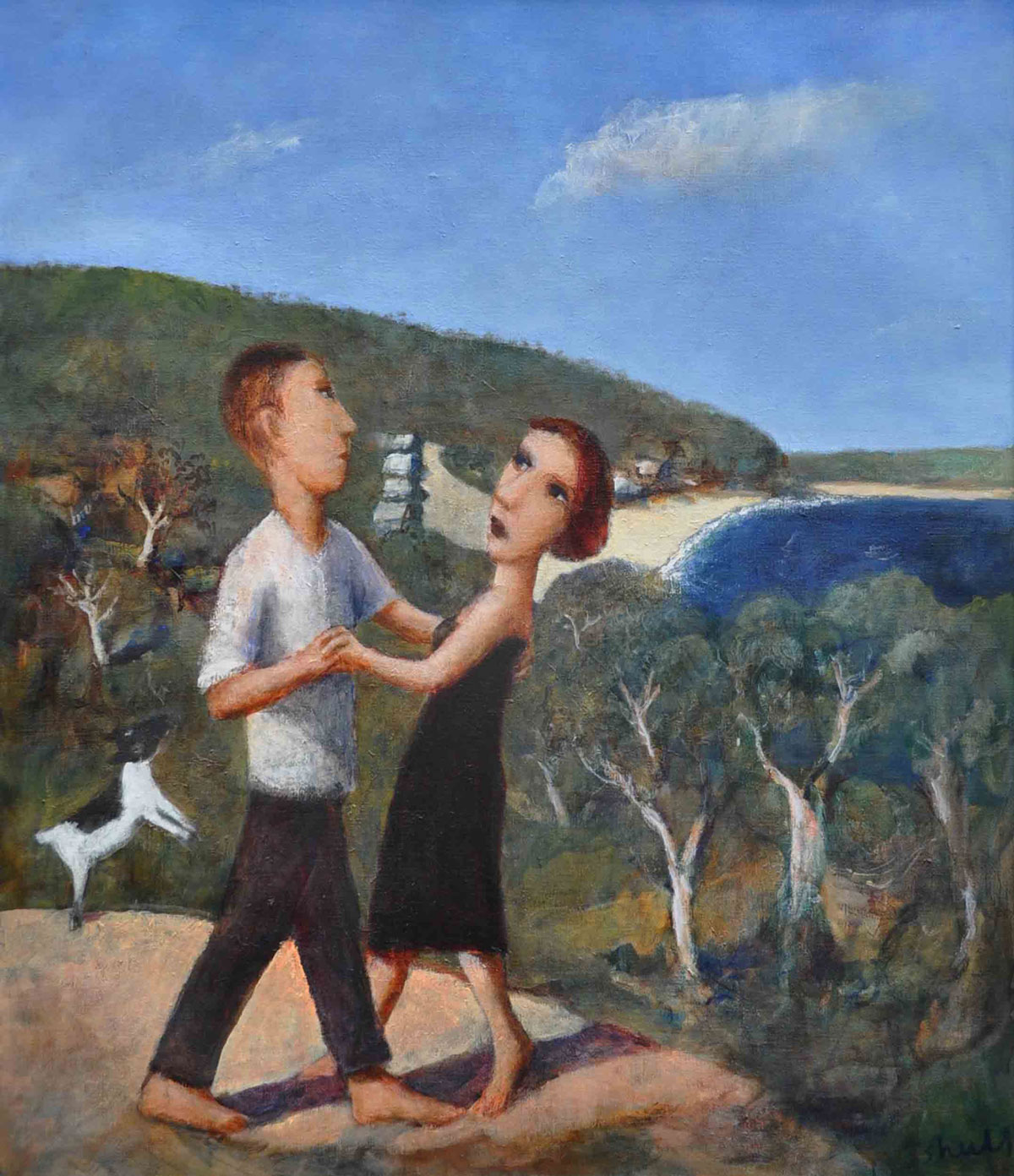 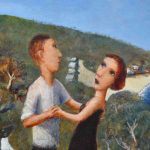 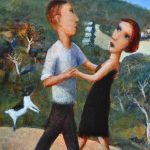 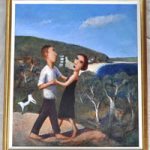 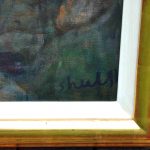 This important and magnificent piece by Garry Shead is an excellent and highly collectable work, for a number of reasons. Firstly, for pure enjoyment. Shead presents a delightfully romantic and whimsical scene of a dancing couple and their jumping dog, using rich colours and a beautiful coastal setting with the sweeping arc of the beach below and the distinctive tones of the Australian sea, sky and bush.

Also, importantly for collectors, “Bundeena Waltz” it is from Shead’s highly prized series of figurative works from Bundeena and the sought-after D.H. Lawrence Series which he painted in the early 1990’s. The DH Lawrence series is perhaps Shead’s most collectable body of work, hotly sought after by art collectors.

Shead first discovered the writings of  DH Lawrence (best known for his book “Lady Chatterley’s Lover”) in 1968.  Shead’s enthusiasm and interest in Lawrence’s life became even more pronounced when he discovered that in 1922 Lawrence had lived in a cottage called “Wyework”,with his wife Frieda at Thirroul on the southern NSW coast. Whilst at Thirroul, Lawrence wrote his novel “Kangaroo”, inspired by his experiences in Australia.

Shead and his great friend, fellow artist Brett Whitely shared a mutual passion for DH Lawrence and in 1973 they travelled to Thirroul and created a diptych collaboration “Portrait of D. H. Lawrence”.

In 1987, Shead moved to Bundeena in the Royal National Park, located close to the where DH Lawrence had lived at Thirroul. From Bundeena, Shead then began a series of lyrical works related to Lawrence and “Kangaroo” which went on to be considered amongst his finest works.

These paintings feature Lawrence, Freida and references to Australia, with coastal settings, kangaroos and other native animals and birds. In Shead’s DH Lawrence series he makes intriguing but not deliberate references to his own life and to that of his wife Judit Englert, which mirror in a dreamlike way the experiences of Lawrence and his wife Frieda who lived at Thirroul, close to Shead’s then home at Bundeena. 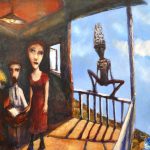 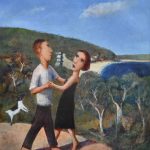