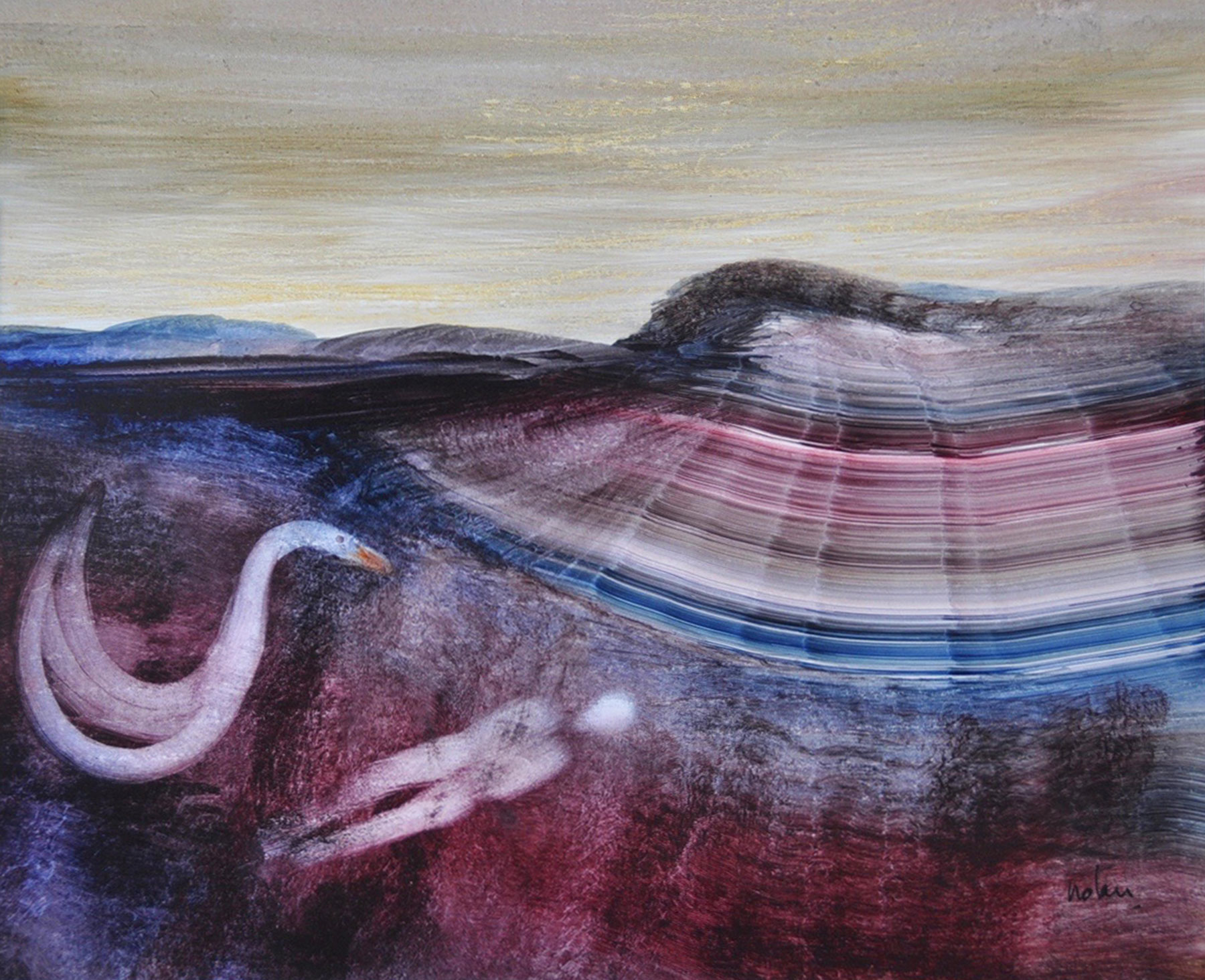 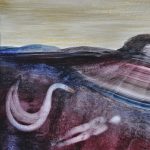 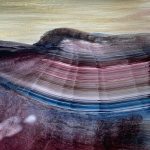 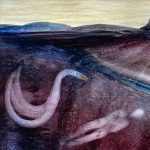 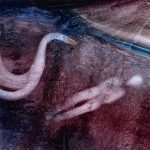 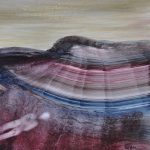 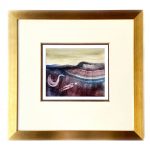 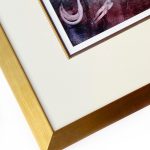 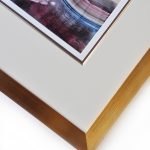 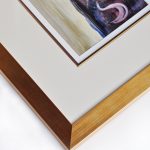 On offer at my Buderim Art Studio is this lovely work by famed artist Sir Sidney Nolan from his well-known “Leda and the Swan” series.

Taking his initial inspiration from Greek Mythology, Nolan’s “Leda and the Swan” works began as early as 1945, evolving from his Mrs Fraser and Gallipoli paintings. By the late 1950’s the series was taking shape with Nolan producing Leda works in New York. The series culminated with his “Leda and the Swan” exhibition in June 1960 at the Matthiesen Gallery in London.

Nolan’s “Leda and the Swan” exhibition in London was a huge success. Buyers included Queen Elizabeth II, Sir Kenneth Clark (Chairman of the Arts Council of Great Britain), the Earl of Drogheda (Chairman of the Financial Times & the Royal Opera House), Agatha Christie, and the Art Gallery of NSW.

The London exhibition was also the first time Nolan presented a series inspired by a universal story, rather than a purely Australian theme. The Ancient Greek story tells of how,

Jupiter (or Zeus for the Romans), king of the gods, was so enthralled by the beauty of the nymph Leda that he turned himself into an equally beautiful swan to woo her.

In the Leda paintings and drawings, Leda and the swan (Zeus in disguise), are shown in various states of interaction – Leda either rebuffs the swan or participates in a sensual courtship– the curvaceous neck of the swan being a perfect symbol of entwinement and sensuality. In some paintings the mood is tranquil, and in others there is a fierce battle of wills.

Created quickly and boldly, the captivating sensual, swiped and stained paint technique in Nolan’s Leda pictures are often commented upon, the result of his experimentation with cutting edge paint mediums, including the fluid polyvinyl acetate, applied with squeegees, brushes and his fingers. Nolan’s technique with multiple layers and flowing effects of paint, created a translucency where the figures appear to swim above, or be within the layers of paint, flowing in and out of visibility. 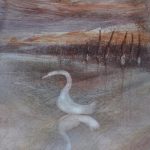 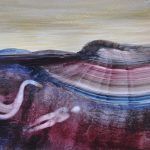