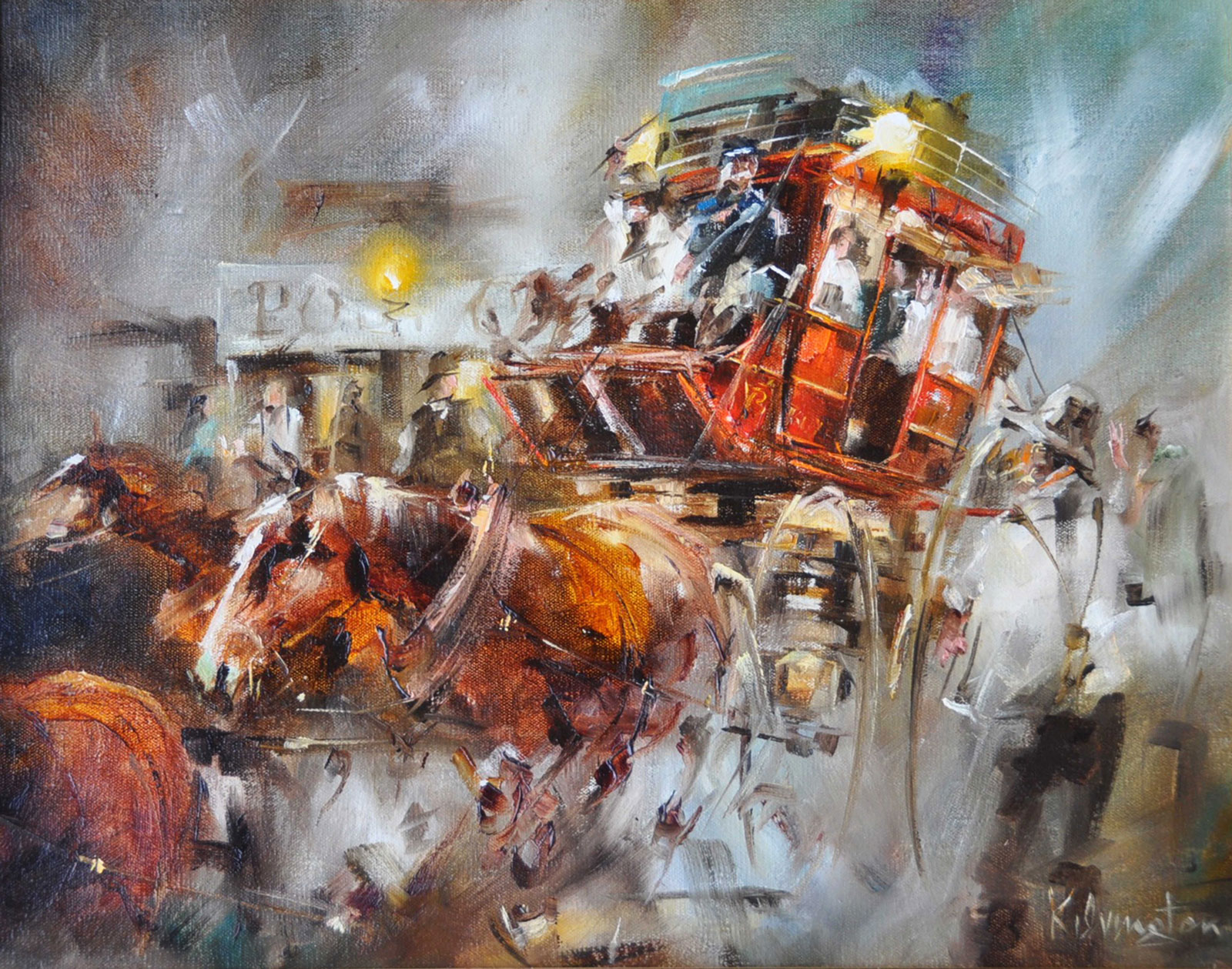 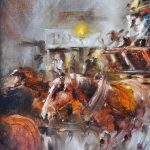 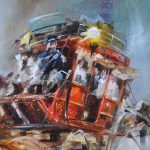 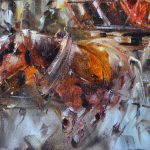 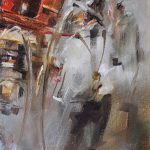 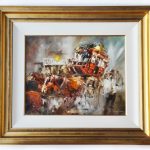 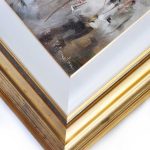 One of his well-known subjects are Cobb and Co coaches, such as this fabulous oil, “The Night Mail”. Full of intensity and movement, this painting portrays a coach team’s power and strength, as the horses thunder into their next stop on the night mail run.

Kilvington found Cobb and Co coaches fascinating to paint, particularly the Queensland-made ones known as the “Ships of Charleville”, named so because of their narrow and disproportionately tall appearance, with the top of the load about 4 and a half metres above ground, travelling at great speed and rolling over inland coach routes through seas of waving grass.

Carrying passengers and delivering mail, Cobb & Co coaches serviced parts of northern and central Queensland up until 1924. From the coach days came many colloquialisms, including: “in the box seat”, which meant to sit up front.

Cobb and Co’s impact on bush life was immortalised by poet Henry Lawson in his 1987 poem “The Lights of Cobb & Co.”:

Not all the ships that sail away since Roaring Days are done –
Not all the boats that steam from port, nor all the trains that run,
Shall take such hopes and loyal hearts – for men shall never know
Such days as when the Royal Mail was run by Cobb & Co. 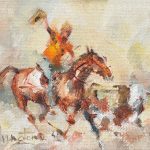 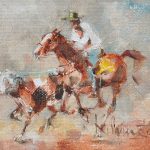 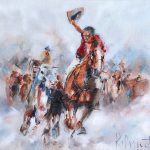 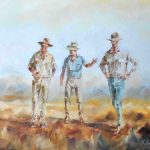 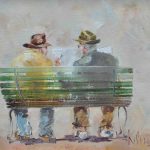 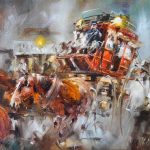 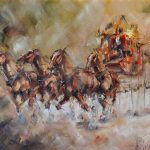